Shane McAnally just told me that he read my blog, and that he thinks it's great. UNREAL. Will I wake up tomorrow and discover that this was all a dream? - pulled from an entry in my journal on April 19, 2017.

Update: I woke up on April 20th and discovered that it wasn't a dream, and that those words did, in fact, come out of his mouth. Here's why this is significant.

At the time, I had been considering moving to Nashville but had a ginormous fear that I'd be a little fish in a big pond. Yes, New York City is huge, but I was one of few who wrote about country music there let alone even enjoyed it (relatively speaking). Nashville would be a completely different story. I'd also reached a frustrating point with my blog, and I thought no one was reading it. And, if no one was reading it, why was I spending so much time writing it? What exactly was I hoping to accomplish anyway?

You could say that I was a bit discouraged.

And then, after a songwriter's round on a cold April evening in New York, things started to look up. 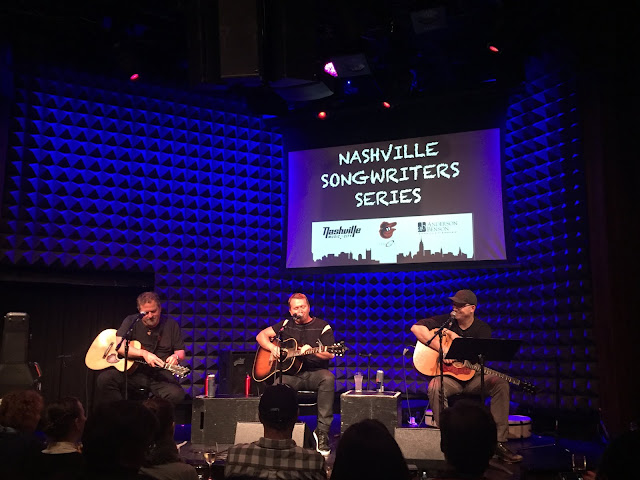 That was the night I found out that not only were people reading my blog, but Shane McAnally was reading my blog (or had at least read it once). He even paid me a compliment, saying something like "You really know what you're talking about!" I told him of my dream to move to Nashville, and he encouraged me to pursue it. He believed in me.

Picturing myself walking away from that brief, yet extremely significant encounter still feels as clear as day. I hugged my most favorite songwriter in the world goodbye, and headed for the exit thinking to myself, "What in the world just happened back there?!" I, of course, waited until I was a safe distance from the building and called my best friend to gush like a teenage girl about what had just happened. I simply could not believe it.

To this day, two things from that night still stick out to me:


One: Moments like this are not coincidences; they happen for a reason. When I reflect on all of the things that had to "fall into place" in order for that day to play out the way it did, I'm confident there's something larger at work here.

Two: Hearing "you can do it" from someone you deeply admire is sometimes all it takes to keep you pushing forward. Lady Gaga puts it perfectly, "There can be 100 people in a room and 99 of them don't believe in you, but all it takes is one. And it just changes your whole life."