That's the first question I'm asked when I tell people I packed up my belongings, left the familiar, and established residence in a completely new city. Oh yeah, and with no job, no friends and no "real" reason other than that I've "just always wanted to live in Nashville." They look at me like I'm crazy. Maybe I am.

The truth is that I'm not really sure how I did it. Perhaps that part has been blurred by the many sleepless nights, and bouts of tears. But you see, how I did it isn't the interesting part, it's why.

Let's rewind to a less-than-glamorous time in my life, shall we?

New York, 2017: Rolling in and out of turnstiles; enduring unpredictable commutes full of smells and frustration; fighting my way through crowded everythings, never quite sure why. Claustrophobic, uninspired, and probably a little angry, too.

I'd always been curious about Nashville, and in the latter part of my New York chapter, would go through periods where I'd tell my friends (and even some strangers) that I was moving there. They'd be excited for me, and would often say how Nashville seemed like my perfect fit. But not even a week or two later, I'd explain that the new project I got at work was worth sticking around for, that I'd move after it was over.

Project after project, excuse after excuse, month after month. A cycle that continued for nearly 3 years.

It was a cold New York night, and I'd just wrapped a long day of work. Between the spreadsheets and presentation decks, I'd lost count of how many times I'd pushed the voice away that day. It wasn't the right time, or the right place to deal with it - and honestly, it never really was. But then work was over, and there was no more distraction.

I must have gotten so tired of fighting, of being in denial, and of not listening. Because in that exact moment,  I opened my eyes, my ears, my heart. And I really listened.

"What are you doing?" it said. Though my legs kept constant, the little voice got louder. "What are you doing?" Until finally it was a big voice... "No really, WHAT are you DOING?" I nearly shouted back in response, "I don't know! What AM I doing?" And that was when I knew. I stopped dead in my tracks, and through some long overdue tears, called to tell my mom I was moving to Nashville.

I never looked back from then on, though I did often wonder if I was completely crazy (still do sometimes). And I felt like the boy who cried wolf trying to convince people that I actually was moving this time. But none of that mattered. I knew it was true. I also knew that I'd have to shake off many years of learned "norms" and conquer many more battles if I really wanted to live the life that I was meant to -- one more full; more me.

Nashville, 2018: My life still isn't glamorous - and maybe never will be - but I'm exploring new places; making new friends; learning so much about the strong, brave woman that had the courage to try something new. Peaceful, refreshed and proud. 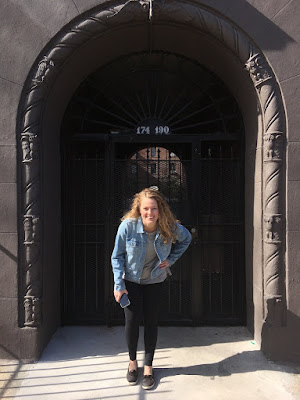 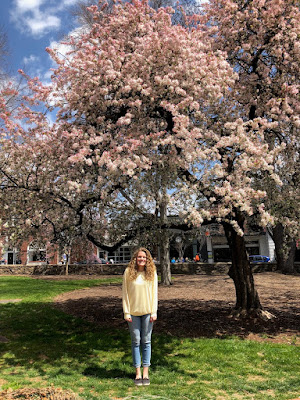 It’s hard as $#&! to leave a good thing behind. Trust me, I know. But it’s even harder to ignore what you hear calling you, no matter how faint. I'm one woman who chose to listen and to believe in herself. You can, too.