Chase Rice Put Some Country In Us All 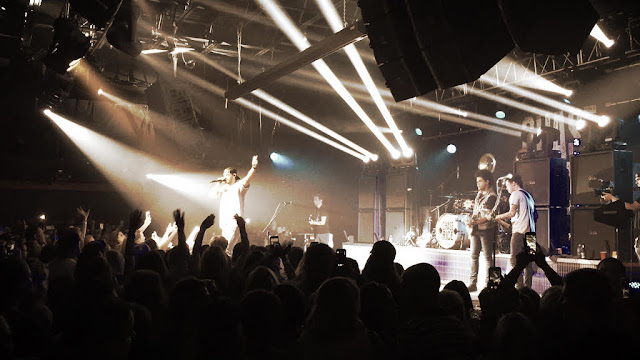 It's always important to mention the openers, who have the responsibility of getting the crowd pumped and alive for the show. If you've hit the Starland Ballroom for many country shows, there's a good chance you've seen Scott DeCarlo, who just rocks (literally). Climbing around on the bars is his favorite thing to do (fans love that s***), and his rendition of Save a Horse [Ride A Cowboy] is always a crowd-pleaser. The second opener was aspiring artist Carter Winter, who performed covers Hell of Night by Dustin Lynch, Garth Brooks' Rodeo and House Party by Sam Hunt (yes, the crowd knows every. single. word.). One of my favorite songs of his titled Whiskey and Wine exploits his deep (Josh Turner-like) voice. Winter may not look like your typical country-singing musician, but that's what makes him unique. 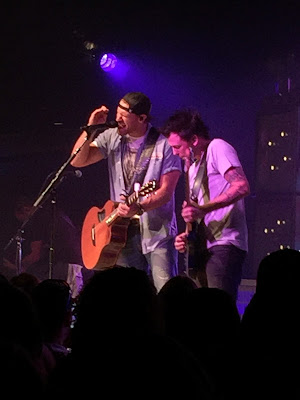 Chase Rice ain't just another pretty face y'all, but he certainly is a heartbreaker. The man puts on quite a show, and is a fabulous songwriter too. Take a read through his biography even if you already know who he is, it'll inspire you. The man has a genuine love for what he does and it's amazing. Combined with his looks, talent, and personality... we're in trouble, ladies. Did I mention he's also from Florida? ;)

Chase Rice got his little fine ass up on the stage, and kicked the night off with Do It Like This. Not surprising... every person in there knew the words to every single song (what a loyal fan base). He sang all of his hits, but some of my personal favorites: I Like Drinking, Cause It's Fun; Carolina Can (which should be his next single); an emotional acoustic performance of Jack Daniels and Jesus; Look At My Truck and How She Rolls (let's be honest, they're all my favorites). At one point, he serenaded a woman up on stage with the sweet and sexy, Ride... let's just say she had trouble keeping her composure (I would too). Michelle, every single woman was jealous of you.

Covers included: Cruise (a co-write), Smoke A Little Smoke (hell yeah, Eric Church!), Dust On The Bottle, and Free Fallin', and it's never really quite a country show without Friends in Low Places. Then there was the extremely exciting Blink-182 battle between his band members competing with All The Small Things and What's My Age Again? I'm still not sure who won, but the crowd was rockin' out hard (even the ones who weren't alive when those songs were released), so it really didn't matter.

I need someone to remind me who I am, and Chase Rice can. He had us soakin' up every bit of the country life. Full of energy (that's how he rocks and that's how he rolls), he and his band were laughing and enjoying themselves the entire night. You could tell they were having so much fun, and it was contagious. For an hour and a half we were totally captivated, singing along to every song, forgetting that at some point, the night had to end *tear*. And like all good things, it did end. And we were sad. 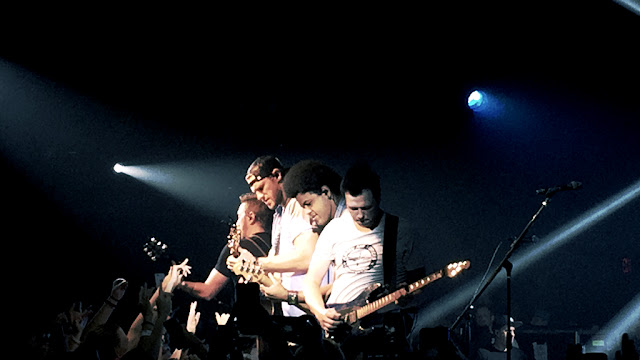 If you've never seen him, you ain't livin' yet. Fear not though, he's coming to Terminal 5 NYC in November so you get one more chance (at least for now). I've been listening to his music non-stop since Thursday and I'm kinda obsessed. Now go learn all the words to his songs and sing your heart out when he comes back (and let's hope he plays What's Your Name this time).

As always, more photos and videos are on Instagram :)

I got grease on my hands and mud on my boots
Still hold on to my country roots
Got an Earnhardt tat on my left arm
Born and raised on a Florida farm
I love my Garth and old George Strait
Ya I'll fish with real live bait
I'm Southern grown, Southern born and bred
And I'll be country 'till I'm dead