Where have I been the last couple of months? No, I didn't fall off the face of the earth (well at least not for good). But just in case you missed me, here's the rundown on what I've been up to:

Miranda Lambert showed me and the rest of NYC what a woman is made of. 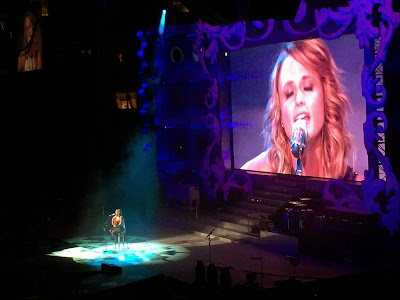 Miranda Lambert was at MSG and we all took nothing but a memory. The openers were fantastic, too. Ashley Monroe was onto something good with her sweet, southern voice that reminds me of Dolly Parton.

Justin Moore... well, there are no adjectives to properly describe his performance. But let me just say that country done came to TOWN! Just a few of his fabulous quotes from the evening: "Just so y'all are aware, you CAN come to a country concert in New York City!" - Yes. WE KNOW. "I know we're in the middle of the city, but do we have any rednecks in here?" - Only one gentleman was wearing a cowboy hat, but I don't think that's make or break to be considered a redneck. "Why have we waited so long to play here, y'all?" - I wondered the same thing, Justin!

And then there was Miranda, who kicked ass (I love that I can say that on here!). Some of her best, in my opinion, were Little Red Wagon, The House That Built Me, and Gunpowder and Lead. She's just so cool. At the end, Ashley Monroe and another woman from the band joined Miranda to sing a Dixie Chicks cover! You guys, it was nothing short of amazing. They ain't the kind you gotta shake, but you can check out the pictures on Instagram.


I contemplated breaking up with him after an Old Dominion serenade. 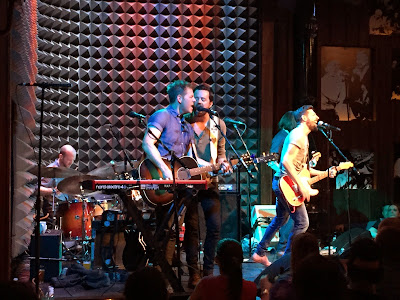 "We like to pat ourselves on the back in this band," the lead singer Matt Ramsey said at one point during the show, and I'd gladly do the same. Aside from their own big hits, they performed several of the songs they've written for big names like Dierks Bentley, Tyler Farr and Craig Morgan (and yes, even a co-write Ex To See with Sam Hunt). A personal favorite from the night was Said Nobody Ever, which I believe will be a new song on their album. The guys were very interactive with the crowd, telling jokes and laughing at themselves... It was such a fun night! Old Dominion is definitely going SOMEWHERE fast. Side note: They also told us they'll be at CMA Fest (for those lucky enough to be going) so don't miss them.

I got country crazy at a StageCoach bachelorette party. 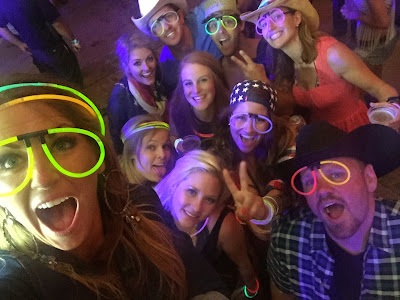 I'd never been to a music festival before (if you haven't, you need to) and it is truly a unique experience. 7 of us girls stayed in an RV on the grounds the entire weekend. To be able to wake up, tailgate, and walk a short distance to a stage to see some of the best names in country music - honestly, what could be better? The festival is on the same grounds as Coachella, but is a much different experience from what I hear. Some of the noteworthy performers: Tim McGraw (AMAZING), Dierks Bentley, Miranda Lambert, The Band Perry, Blake Shelton and Jake Owen. I had some of the best times I'll never remember. Can anyone say FarmBorough?

Darius Rucker told me how much he wanted me to hold his hand. 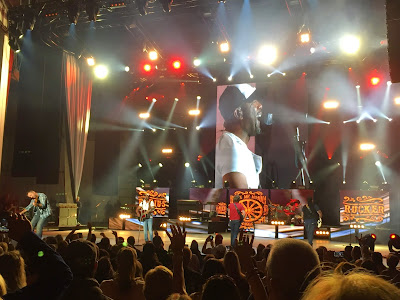 We don't need no concert in the city. Darius Rucker was right there in Holmdel, New Jersey! It was the first stop on his Southern Style Tour and it was absolutely phenomenal. The openers certainly held their own as well.. Brett Eldredge was an incredible entertainer - just downright fun - but I honestly didn't expect anything less (if you follow him on Instagram, you understand). I  was falling in love to the beat of his music, as well as Brothers Osborne with their hits Stay A Little Longer and Rum (aka the perfect summer theme song) and A Thousand Horses' Smoke.

Literally every single person there was singing along to even the ones that they barely knew. They still sounded good... a little outta tune, but we didn't care. As Hootie would say, let her sing. Speaking of, were there any throwback Hootie and the Blowfish songs? HECK YES. And all the best ones too: Time, Only Wanna Be With You, Let Her Cry, and Hold My Hand - assisted by the openers. The best news you'll ever hear, HATB are writing a new album which they plan to finish within the next few years... hopefully it doesn't take too much tiiiiiime. I've been on a serious Hootie and the Blowfish kick ever since.

And of course he saved Wagon Wheel for last, sending us all out of the venue with it stuck in our heads (rock me momma). Darius was right when he said it wouldn't be like this for long and don't think we won't think about it.

I watched a cowboy ride off into the sunset with the woman of his dreams. 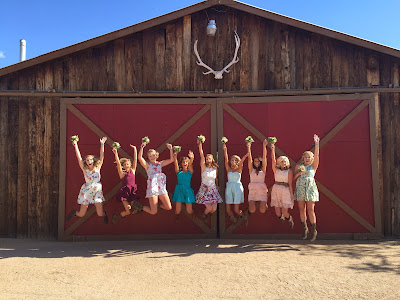 It may sound so sappy, but for my brother, it's true. The beautiful country-chic wedding was at a barn in Scottsdale, Arizona where all of the bridesmaids (including me) and the groomsmen wore cowboy boots (and most of the guests as well). Yes, there was even line dancing to Alan Jackson's Good Time and more. I'm glad I have such a country music loving family (for the most part at least). I'd like to do a whole piece on this one - so be on the lookout for it!