Am I Dreaming, Or Am I Dying?

Either way I don't mind at all. Because this guy is killin' it. 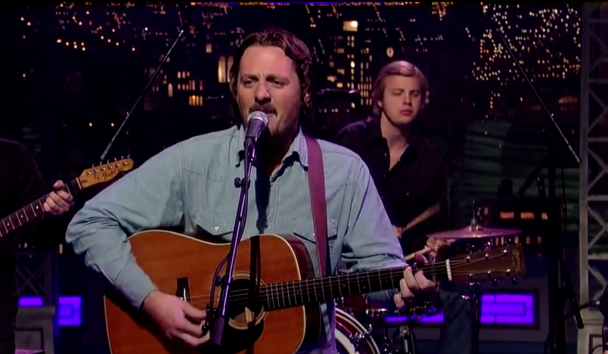 If you've never heard of Sturgill Simpson (you're not really living), he was on Letterman this past July playing "Life of Sin" and also made his debut at the Opry back in 2013. Another one who gets it honest, guys - his grandfather is apparently very close to and has opened for artists like Dwight Yoakam and Zac Brown Band. I'll give that an amen.

Sturgill has two sold out shows in New York City. He's at Bowery Ballroom on 2/11 and Music Hall of Williamsburg on 2/12. He'll also be at The Stone Pony in NJ on 2/14, for those of you that don't have other plans. I can't imagine that anything else would be as important on that specific date, but maybe that's why I'm still single.

My goodness, I just really dig what this guy is doin'! Go listen to some songs right now. I guarantee you'll find yourself coming alive to the beat. Also, his lyrics are unbelievable, and yes, he writes them himself, which I admire SO much (I've got mad respect for singer-songwriters). He's got a way with words, my friends. He says the stuff we don't know how to, and sometimes didn't even know was possible. With his clever lyrics about life, he really gets you thinking and feeling. He tells us there ain't no point getting outta bed if you ain't living the dream. And he's right.

If you're lucky enough to have a ticket, you're going to have a kick-a** time. Be careful though... he's not shy: