Forget Syracuse! We're going to Newark baby! I'm not sure if anyone's ever been excited to say that, but we are because we're going to see Eric F***ing Church!

I've seen Eric once when he opened for Kenny Chesney (I gooo baaaack) and solo last October at MSG. And thinking about it makes me feel a little bit like him in that picture right now... AHHHH! 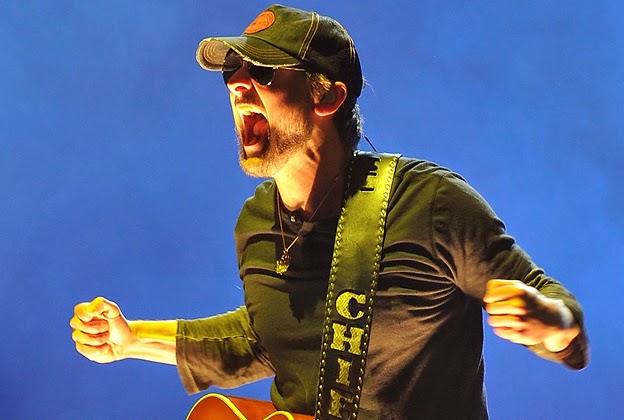 Due to popular demand, he's added a ton of shows to his tour, including a stop at Prudential Center in Newark, NJ on Saturday, May 2. Thank God there's guys like you, for girls (and guys) like us, Eric. Opening will be the Southern-born, Brooklyn-based indie-folk trio the Lone Bellow (yay for locals!). His fan club pre-sale begins today at 10am or you can purchase tickets at 10am on Friday, January 23.

Oh Eric, you're a song I gotta sing along with. And then when it gets to the end I gotta play it again and again.

THESE boots will be seeing Eric Church. But that's just me, how 'bout you?

Just put me on a stage, man,
Turn it up an' I'll turn it loose.
Yeah, give me a crowd that's redneck an' loud,
We'll raise the roof.
Hell, I might just stay all night long.